Everything would be Pukka with a mash up of Gerrard, Ronaldo and Beckham on the team!

The “Ultimate” footballer has the right foot of Steven Gerrard, the left foot of Lionel Messi, the dazzling skills of Cristiano Ronaldo and the dashing looks of David Beckham, according to the nation’s football fans.*

We polled 1,000 self-confessed fanatics of the “beautiful game” to discover the perfect player, with Barcelona’s goal machine Messi being voted to have the best left foot in the world, while Liverpool legend Steven Gerrard provides the powerhouse right.

According to the data the ultimate player would also have the heading abilities of former Liverpool hit man Peter Crouch.

Football is at the heart of British culture and during a major summer football event, many will be waiting with baited breath for the results. We wanted football fans to imagine the perfect player, who would be able to drive our country’s victory and create their ‘Everything’s Pukka’ moment!

The team also features David Beckham and Paul Gascoigne out on the wings and playmakers Steven Gerrard and Bobby Charlton in midfield.

However, when it comes to our current squad’s chances of lifting the trophy in Russia, just 30 per cent of those polled thought we could win it.

When asked to describe the feeling of England emerging victorious, over one in ten said it would be better than sex, the majority (a third) said it would feel better than when Andy Murray won Wimbledon and a cheeky 7 per cent even said it’d make them happier than on their wedding day. 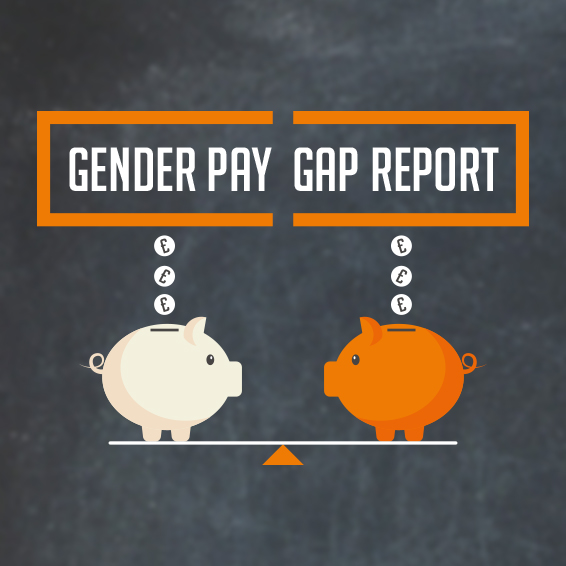 Read the results of our Gender Pay Gap report. 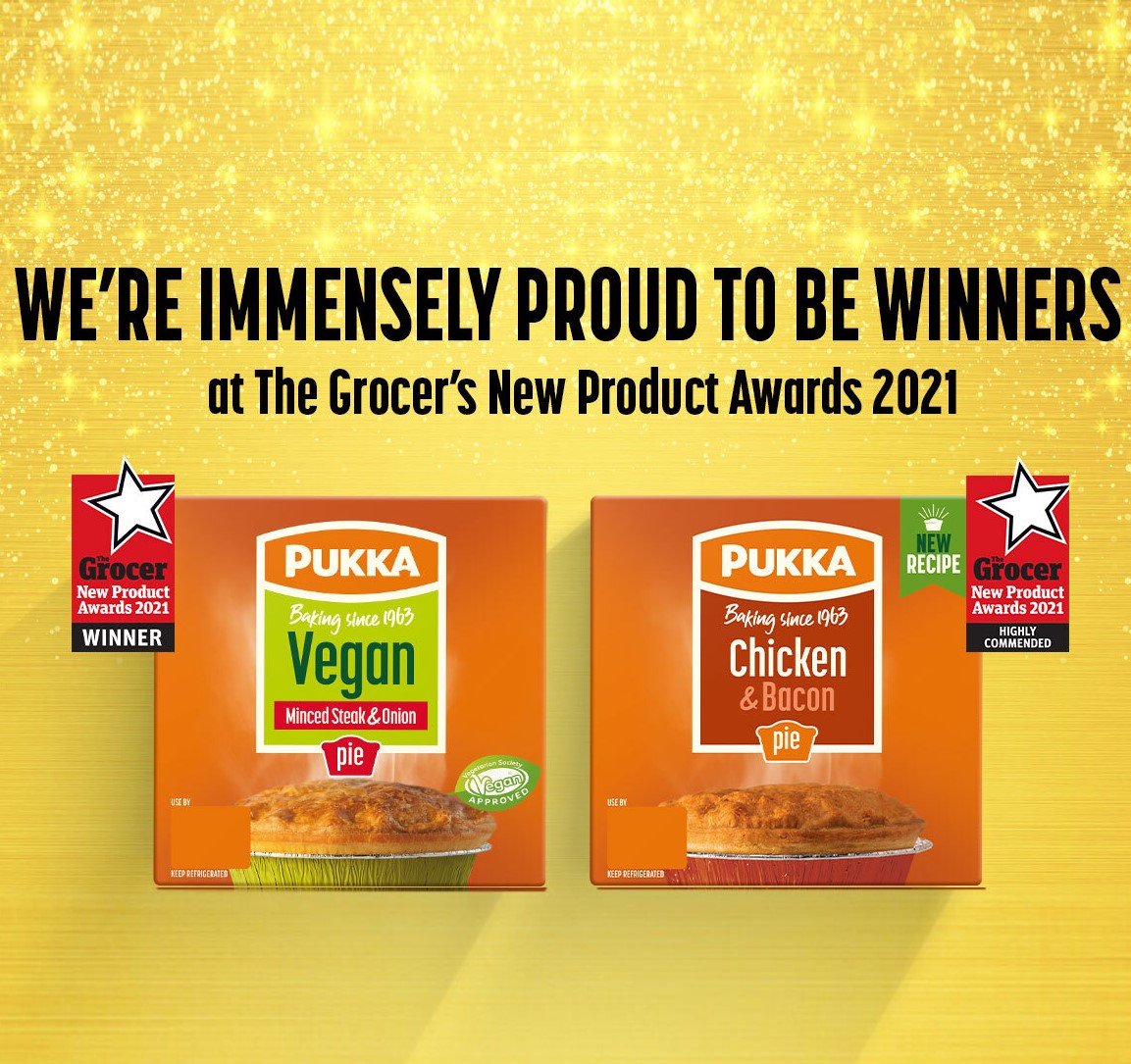 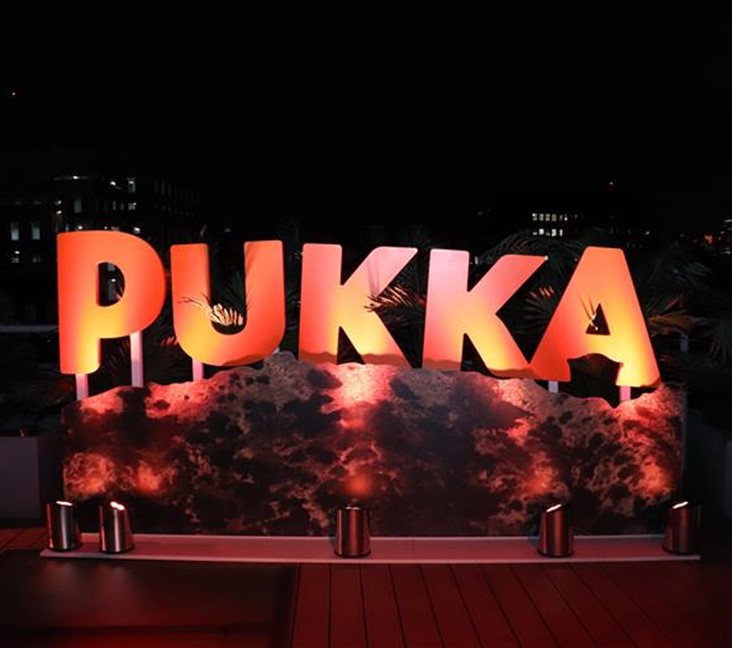 Our tasty new Slices, Sausage Rolls and a Pasty are taking over TV screens in our biggest EVER campaign. Now on ITV, Channel 4, and Sky throughout November and December.

We’ve expanded our Vegan pie range to give you another tasty plant-based Pukka pie to enjoy.

On Your Marks, Get Set… Go!

Just microwave straight from the freezer for 4 minutes, dinner has never been so easy, (or tasty) with our brand-new speedy pie. 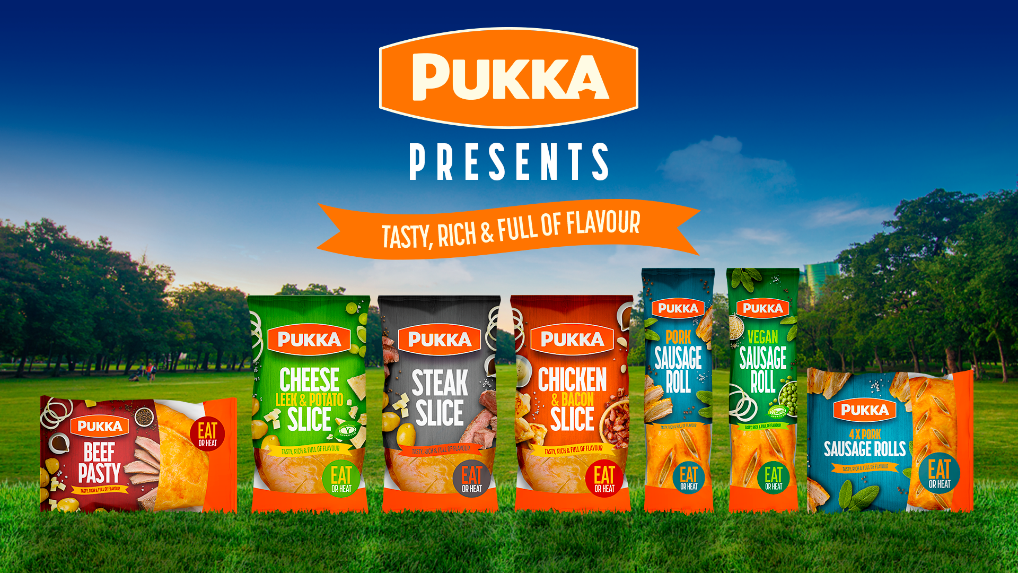 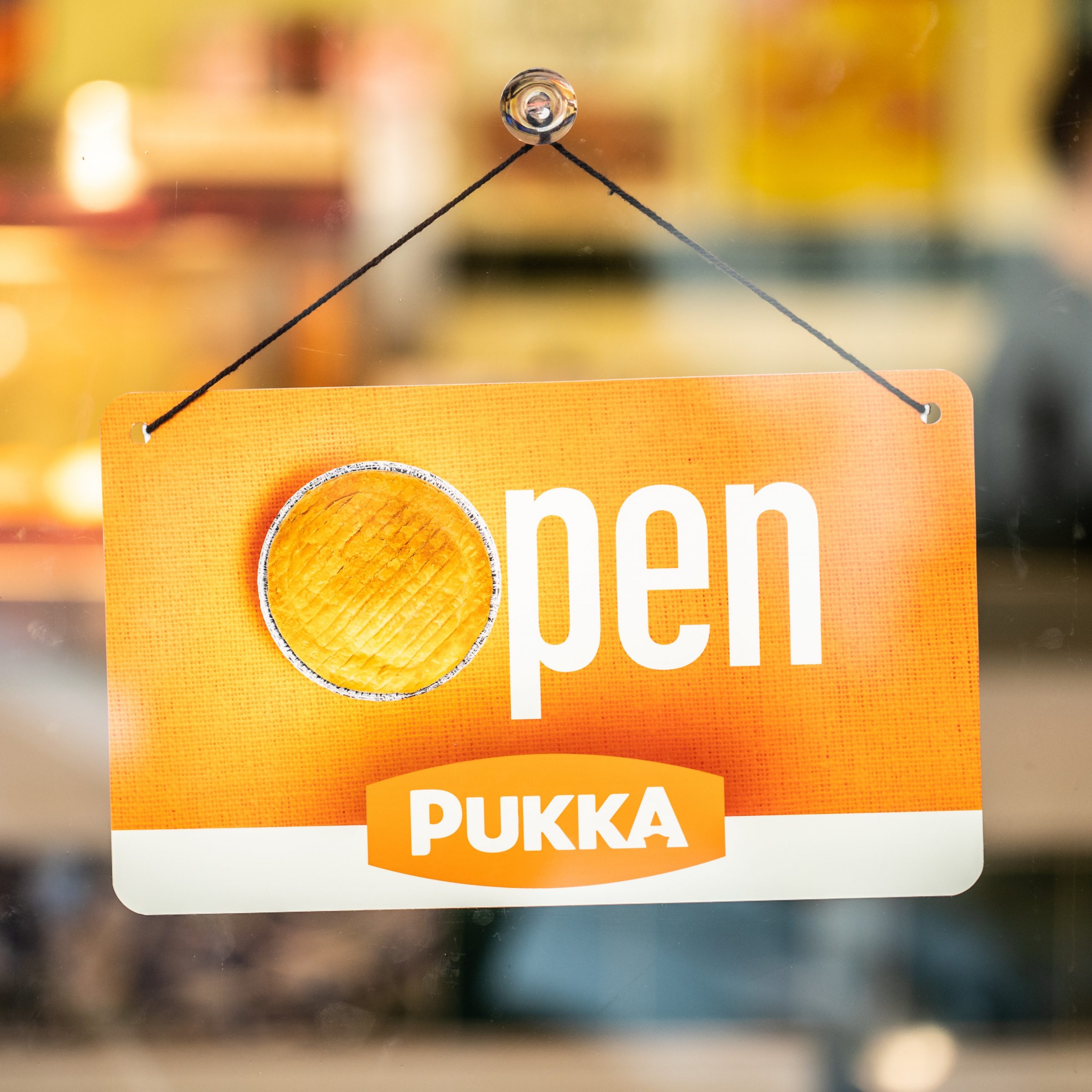 When the pandemic struck, chippy owners had to change the way they ran their business overnight to continue feeding local communities. As The People’s Pie, we wanted to lend a helping hand by offering them free social media advertising – to let people know that their doors were still open. 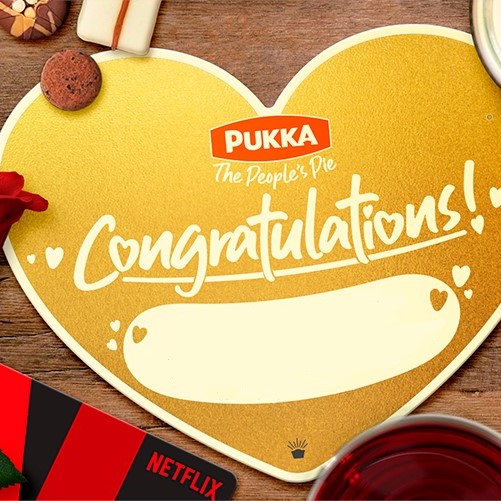 All eyes on the pies! Who will win the ultimate date night hamper?

The excitement is building and hearts are racing to find each of the fifteen Pukka golden tickets hidden in our Valentine's limited edition Just for Two pies, distributed in supermarkets across the nation.. 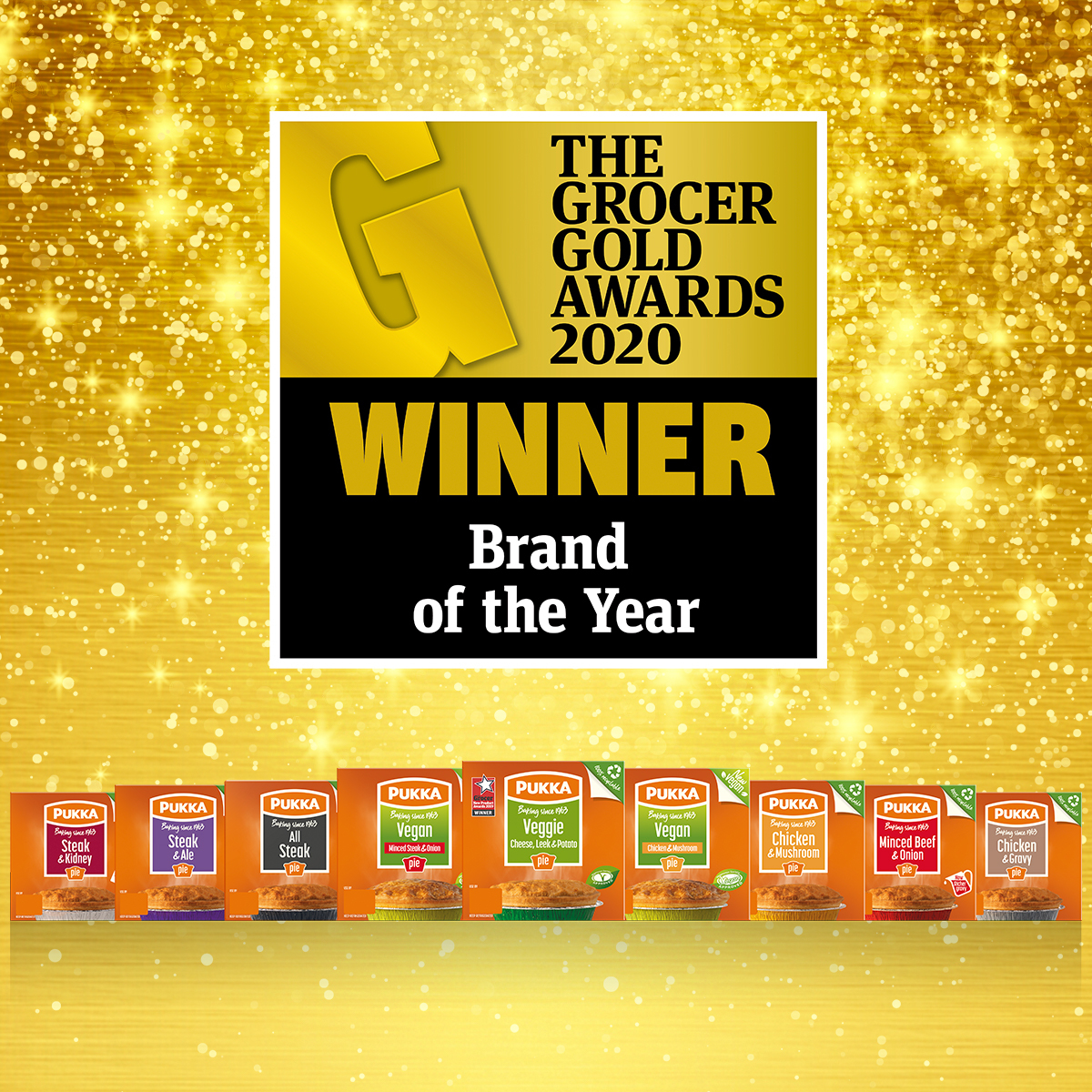 We’re over the moon! Winning a Grocer Gold is the ultimate trade accolade and is a huge credit to everyone that has been involved in helping us to make Pukka the success it is today. 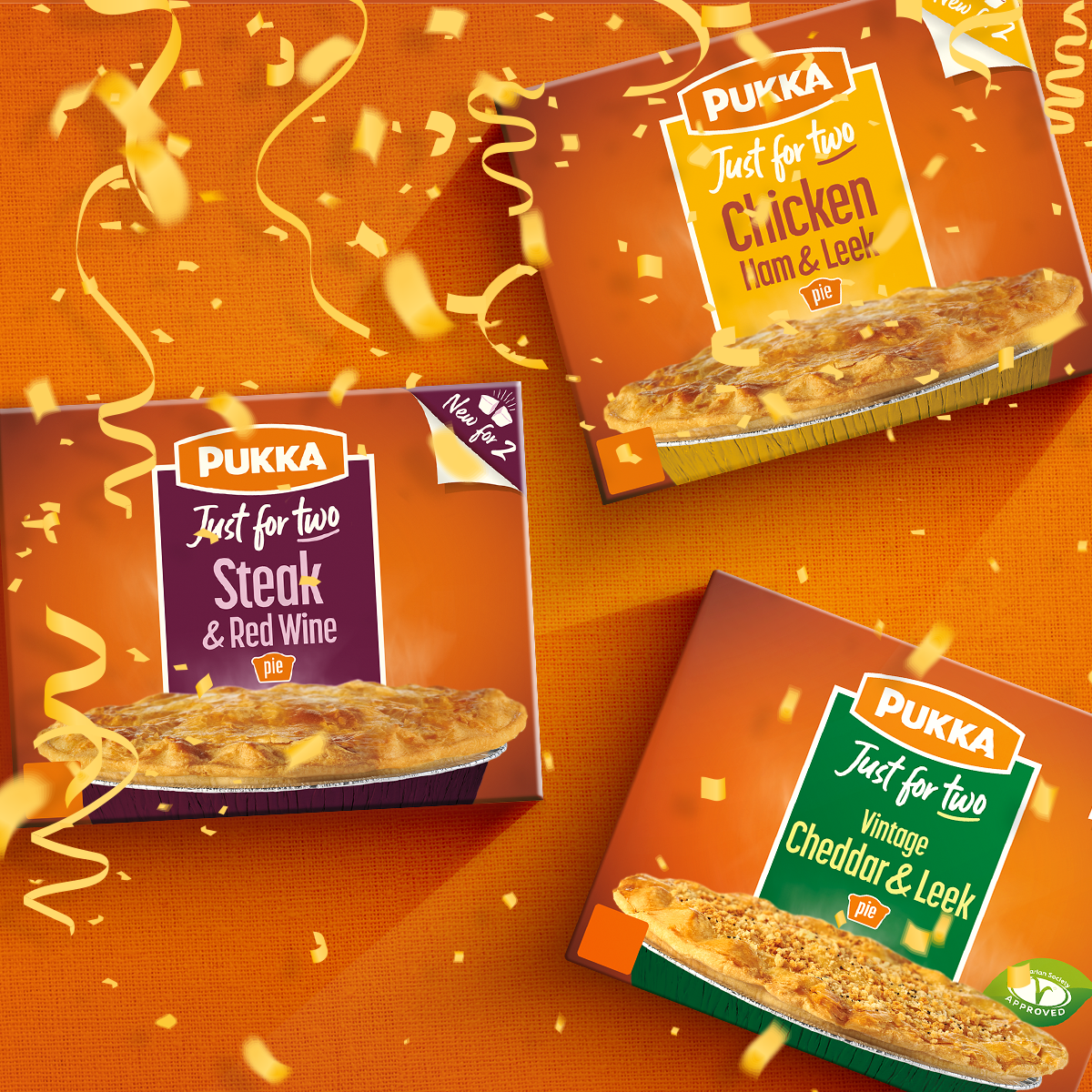 Say hello to the Pukka Just For Two range – the newest members of our Pukka family which are made and baked for two people to share. 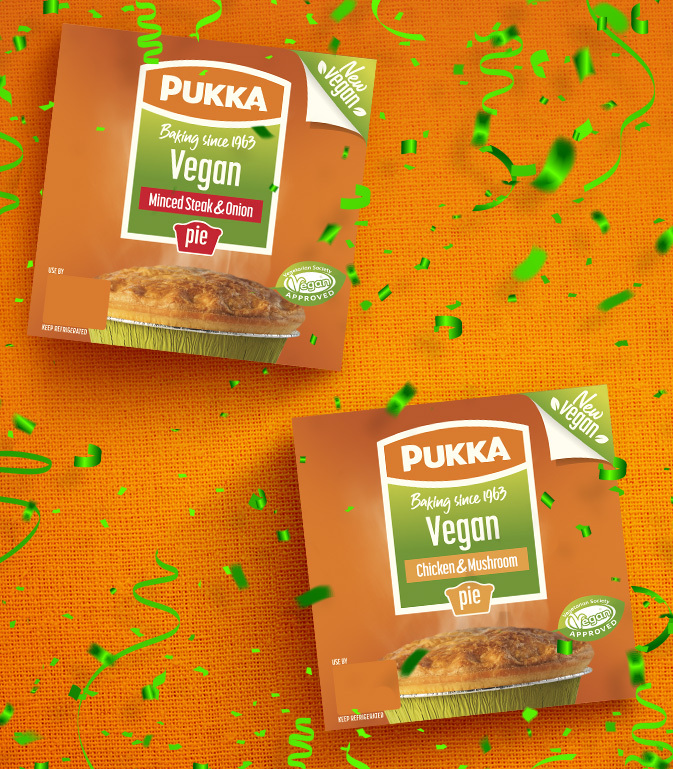 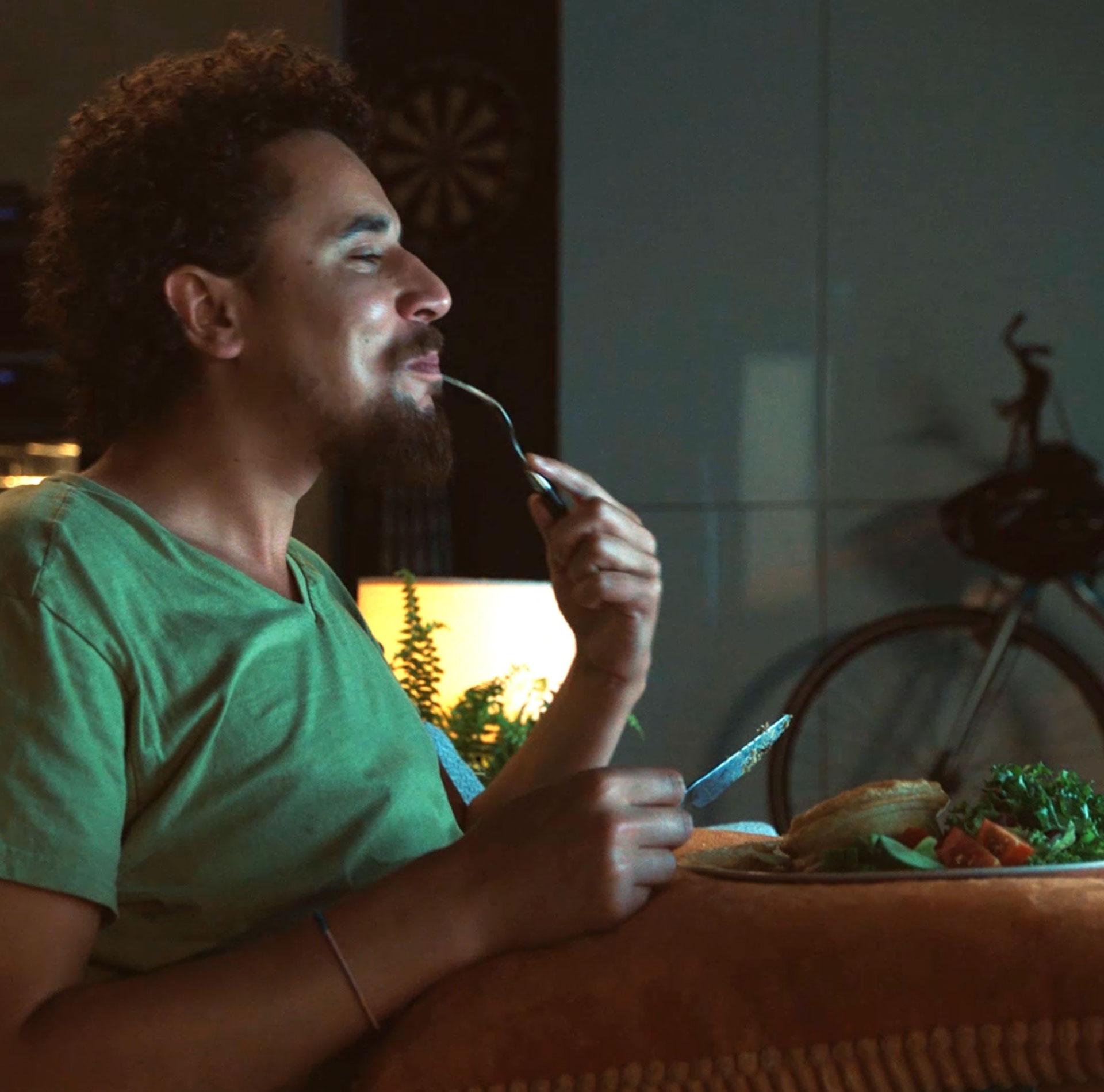 From up in the stands, to armchair fans, Pukka The People’s Pie, Sponsors Coverage of Euro 96. Watch our ad now! 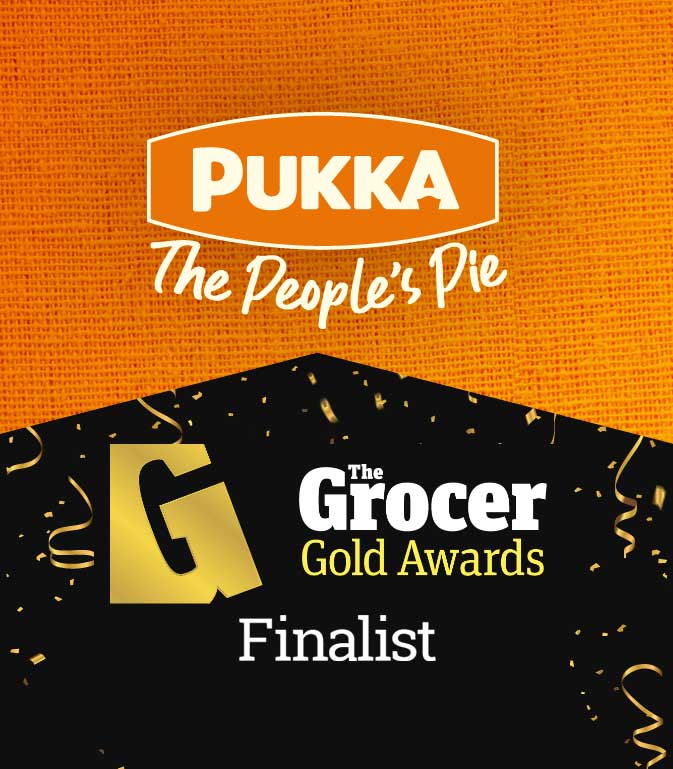 We’re proud to announce that we are a Finalist in The Grocer Gold award’s prestigious Brand of the Year category which celebrates the very best standards in grocery retail. 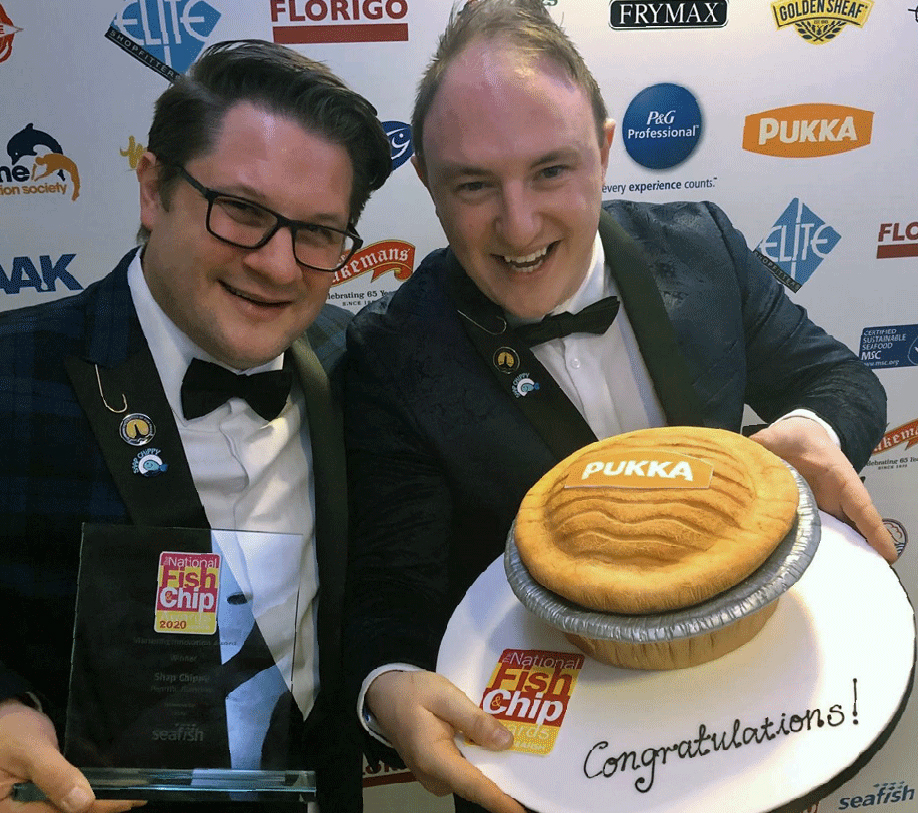 At the National Fish & Chip Awards ceremony, we were thrilled to sponsor the Marketing Innovation Award category, which recognises businesses for their successful marketing activities. A special mention goes out to the category’s winner, Shap Chippy! 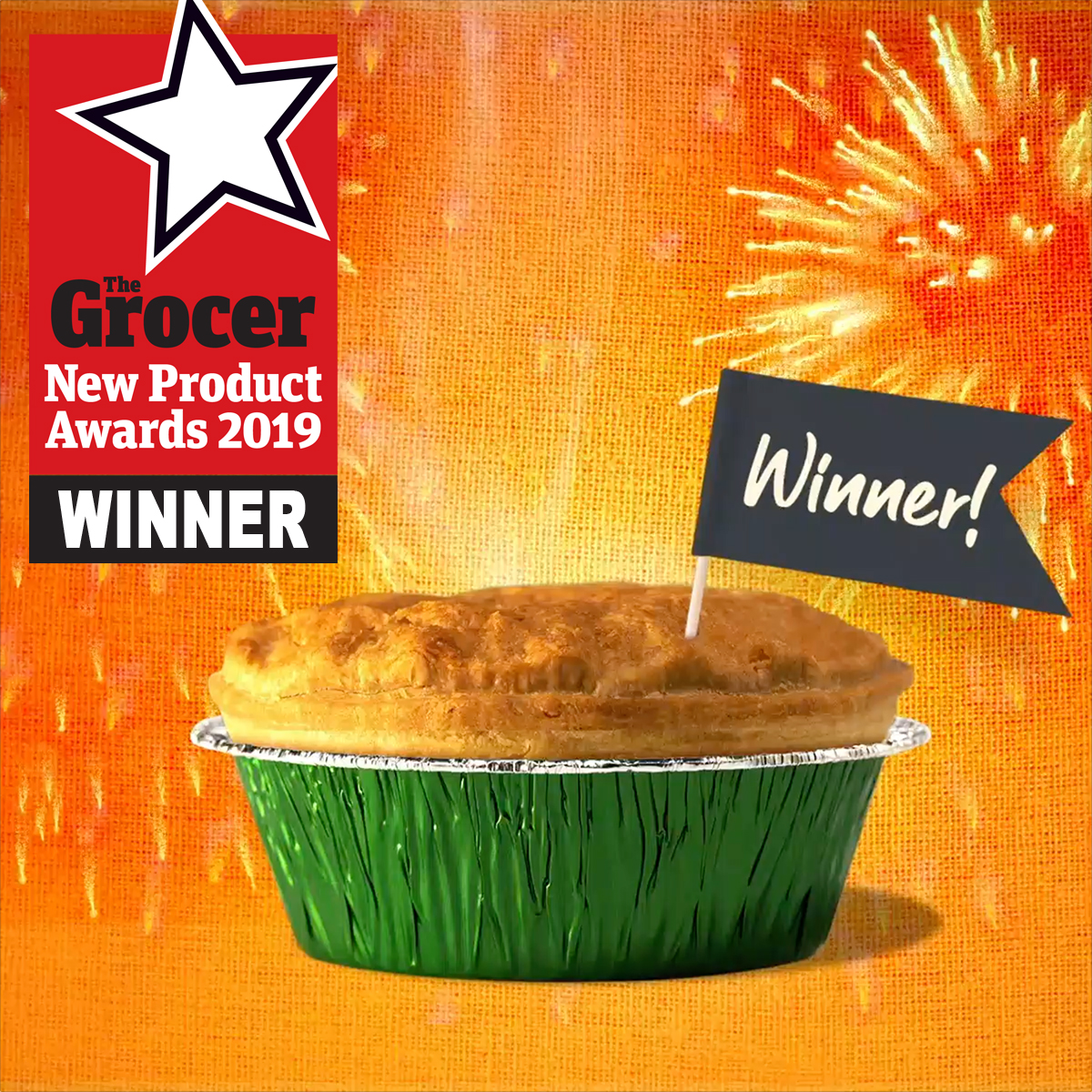 That’s right. Our Veggie Cheese, Leek & Potato pie has only gone and won the Vegan-Vegetarian category at The Grocer NPD awards 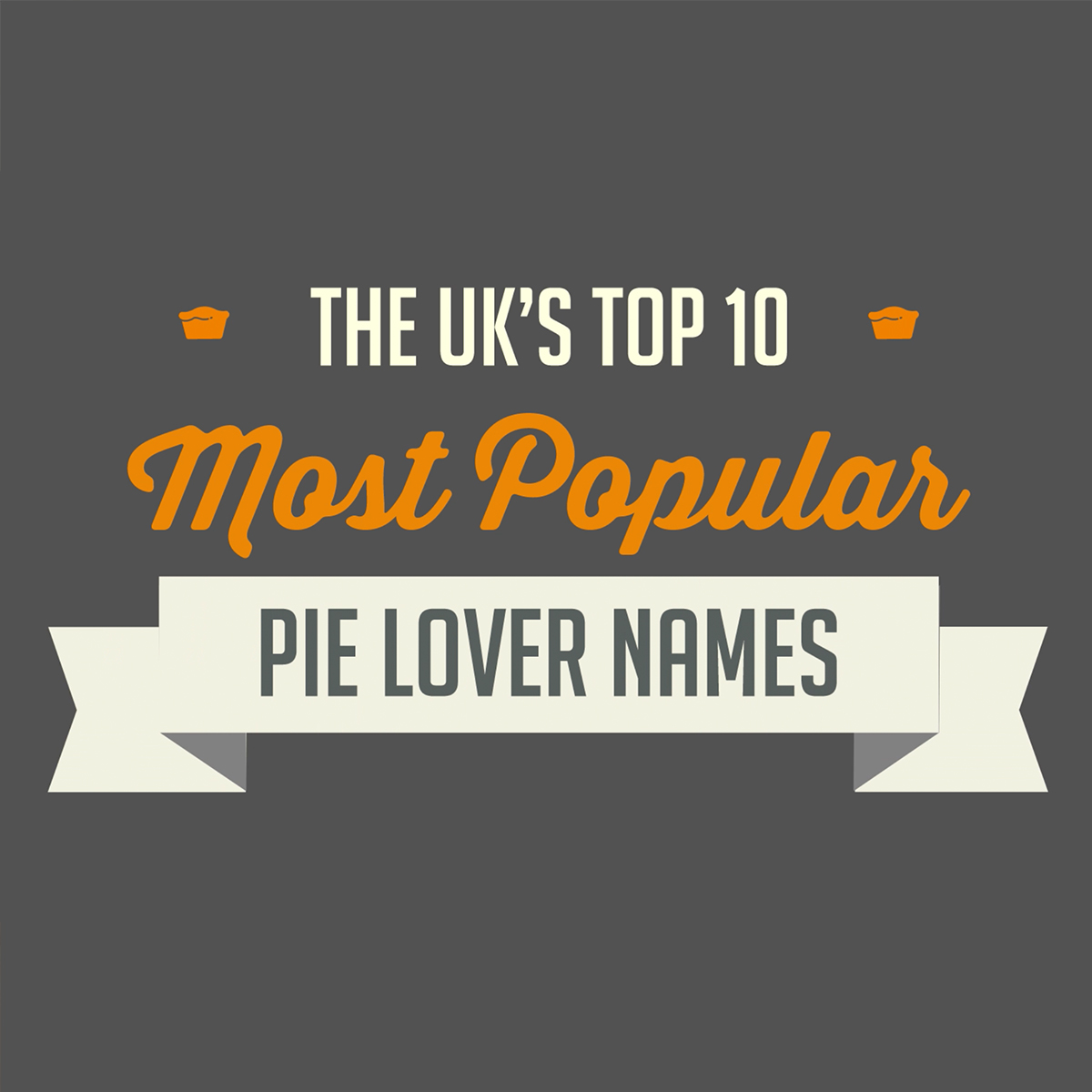 We’ve released the results of our research - and some exciting new pies - just in time for Pie Week. See what we found! 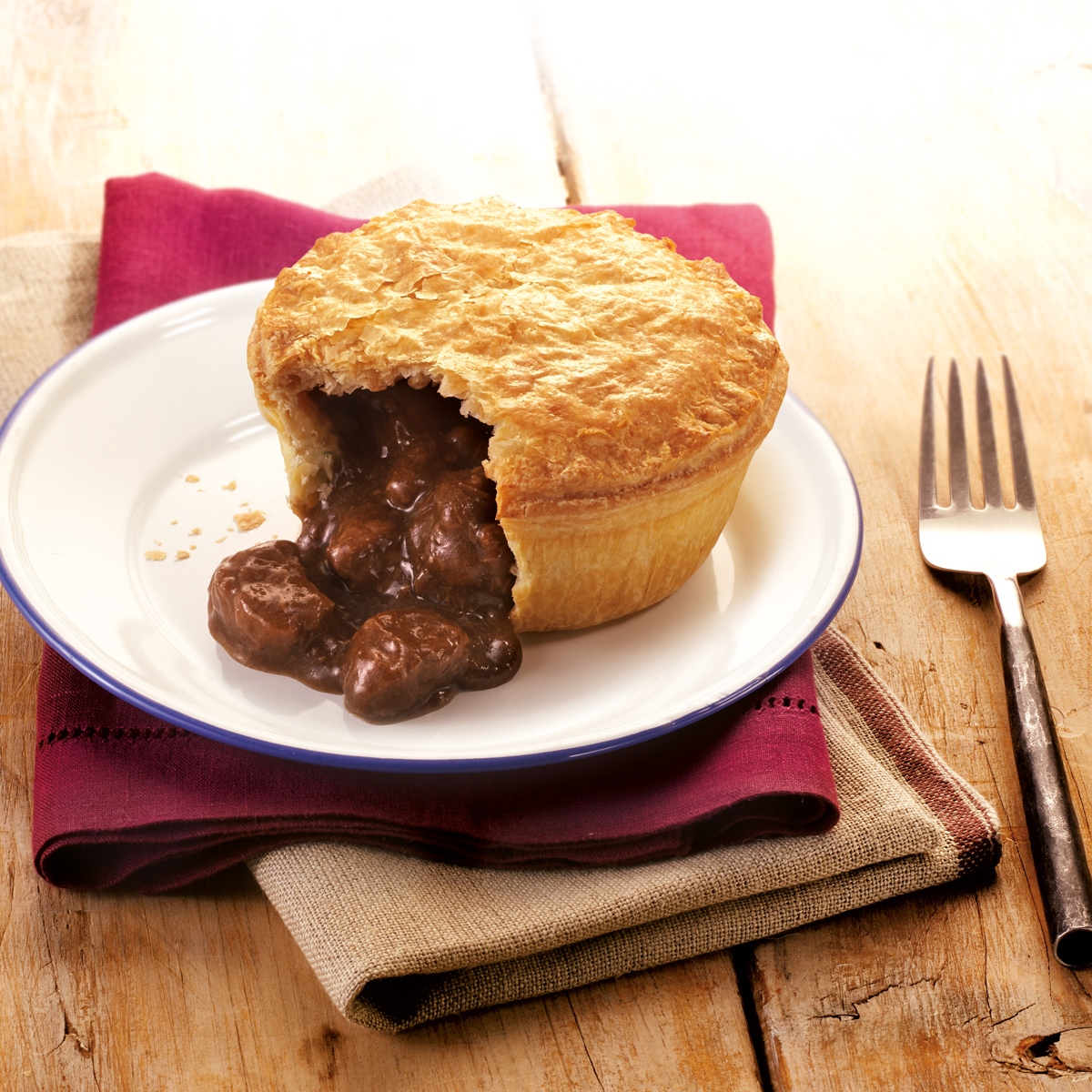 New recipe Steak & Ale, Veggie Leek & Potato and new frozen sharing pies hit the shelves in September. Be the first to try them! 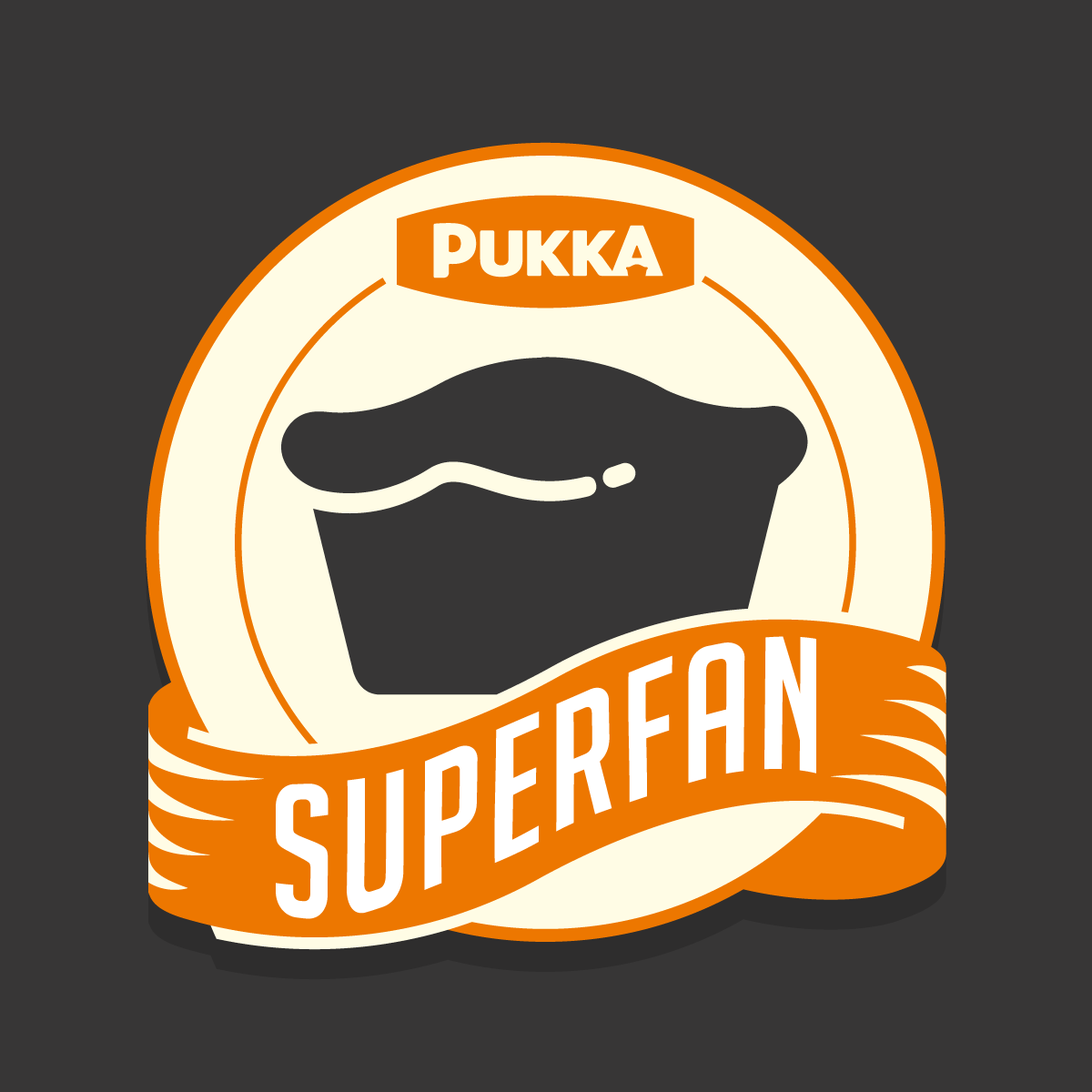 Calling all Pukka lovers! To celebrate our 55th birthday, we’re searching for Pukka’s ultimate super fan – and there are some serious prizes at stake. 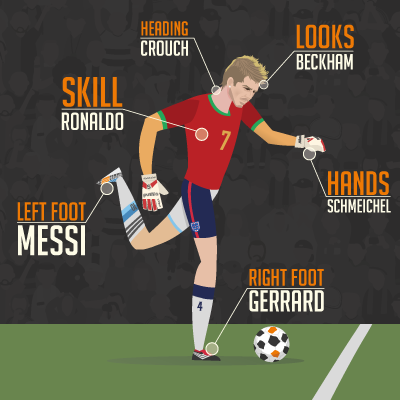 Everything would be Pukka with a mash up of Gerrard, Ronaldo and Beckham on the team!